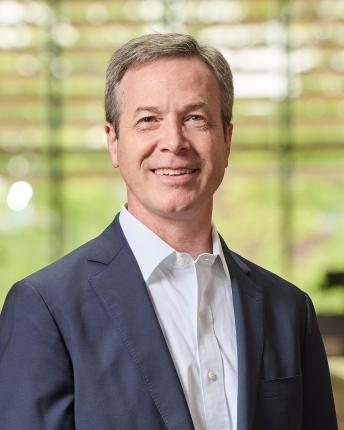 Anthony Leiserowitz, Ph.D. is the founder and Director of the Yale Program on Climate Change Communication and a Senior Research Scientist at the Yale School of the Environment. He is an expert on public climate change and environmental beliefs, attitudes, policy preferences, and behavior, and the psychological, cultural, and political factors that shape them. He conducts research at the global, national, and local scales, including many surveys of the American public. He conducted the first global study of public values, attitudes, and behaviors regarding sustainable development and has published more than 200 scientific articles, chapters, and reports. He has served as a contributing author, panel member, advisor or consultant to diverse organizations including the Intergovernmental Panel on Climate Change (AR6 Report), the National Academy of Sciences (America’s Climate Choices Report), the Smithsonian Museum of Natural History, the Harvard Kennedy School, the United Nations Development Program, the Gallup World Poll, and the World Economic Forum, among others. He is a recipient of the Friend of the Planet Award from the National Center for Science Education, the Mitofsky Innovator Award from the American Association of Public Opinion Research, and the Stephen H. Schneider Award for Outstanding Climate Science Communication from Climate One. He is also the host of Climate Connections, a radio program broadcast each day on more than 650 stations and frequencies nationwide.

I am a geographer trained in the cognitive and social psychology of risk perception and decision making. My research is strongly interdisciplinary and seeks to understand the psychological, cultural, political, and geographic factors that shape human environmental perception, decision making and behavior.

Much of my research examines how human decision makers (individuals, groups and entire societies) perceive climate change risks, what mitigation and adaptation policies they support or oppose, and what actions they have or are willing to take to address this risk. Current projects include:

a) Climate Change in the American Mind  We conduct twice-a-year national surveys of Americans’ climate change knowledge, attitudes, policy support, and behavior and publish widely circulated and cited reports and scientific papers on the findings.

b) Global Warming's Six Americas. We have identified, analyzed and described six unique publics in the U.S. that respond to climate change in very different ways: the Alarmed, Concerned, Cautious, Disengaged, Doubtful, and Dismissive.

c) Yale Climate Opinion Maps. We have built, validated, and released a statistical model that "downscales" our national survey results and accurately estimates key indicators of public understanding and policy support in all 50 states, 435 Congressional districts, 3,000+ counties, and individual cities across the nation.

d) International Attitudes & Behavior We have conducted studies in collaboration with researchers in China, India, Israel, Spain, Canada, Malta, the UK and with the Gallup World Poll - an annual global survey conducted in 120+ countries representing 95% of the world's population.

e) Yale Climate Connections. Online since 2007, Yale Climate Connections is a nonpartisan, multimedia news service providing twice-daily broadcasts on more than 650 radio stations and frequencies nationwide, and original online reporting, commentary, and analysis on the issue of climate change, one of the greatest challenges of the 21st century.

Dr. Leiserowitz is on the research, not teaching faculty and thus cannot sponsor or serve as a primary advisor for doctoral students. You will need to contact one of our teaching faculty if you are considering an application to the doctoral program at the Yale School of the Environment. Dr. Leiserowitz does occasionally serve as a secondary advisor or committee member for enrolled doctoral students that have a strong interest in environmental perception and communication.

Dr. Leiserowitz does occasionally serve as a primary advisor for masters students with a strong interest in environmental perception and communication.

Additionally, there are opportunities for doctoral students, masters students and undergraduates to work as research assistants with the Yale Program on Climate Change Communication. If you are admitted to Yale and would like to know more about these opportunities, please contact Lisa Fernandez, our Associate Director, for more information.