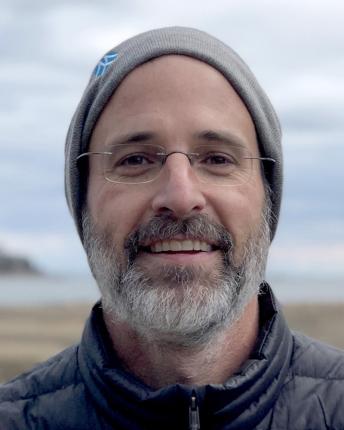 Pete Raymond’s research focuses on the chemistry and ecology of inland waters. This includes research on the exchange of greenhouse gases between inland waters and the atmosphere, controls on the transport of terrestrial elements to inland and coastal waters, the metabolism of aquatic ecosystems, and how storms and droughts impact aquatic ecology. He also uses radiocarbon measurements to explore the age and turnover of carbon in aquatic ecosystems.  Raymond is currently Editor and Chief of the American Geophysical Union’s journal Global Biogeochemical Cycles. Raymond received his BS from Marist College and his PhD from the Virginia Institute of Marine Science (College of William and Mary). He is a fellow of the American Association for the Advancement of Science, a member of the Connecticut Academy of Science and Engineering, received the Coastal and Estuarine Research Federations Cronin Award for Young Scientists, and is a ISI highly cited author.

My research focuses on how biology and watershed variables alter the carbon chemistry of streams, rivers and estuaries. Most of this work links into efforts worldwide to gain a better understanding of the carbon cycle due to the linkages between increased atmospheric CO2 and global change. This work entails coupling previously collected stream/river data with digitally available information on climate and land-use, field measurements at various space and time scales, and isotopic studies. Projects which probe the connections between carbon and water and nutrient cycles is an integral component of my research. The transport of riverine organic carbon (OC) to the world’s oceans is a globally significant flux, and connects the terrestrial and oceanic carbon cycles. The age of OC transported from rivers provides key information on the turnover time and recycling of both oceanic and terrestrial OC. My research findings suggest that rivers are variable sources of both old and young terrestrial dissolved organic carbon (DOC), and of very old terrestrial particulate organic carbon (POC) to the North Atlantic Ocean. I have also found that much of the young DOC can be selectively degraded over the residence times of river and coastal waters, leaving an even older and more refractory component for oceanic export. These findings contrasted with limited earlier data that suggested terrestrial organic matter transported by rivers in general might be enriched in bomb 14C, and hence represent organic matter recently fixed by plants. To date, due to scarcity of data, we lack the mechanistic understanding of what controls the age of organic matter exported from different terrestrial ecosystems. Current work from my laboratory concentrates on the age of OM exported from large Arctic Rivers draining into the Arctic Ocean (NSF-OPP PARTNERS project in collaboration with a group of US and Russian investigators), on the factors controlling the utilization of old terrestrial organic matter in the Hudson River (NSF-Ecosystems) and the character and age of organic carbon exported to the middle Atlantic Bight (NSF-ICCR). I have also recently been involved in two completed studies designed to establish the role of estuaries in the carbon budget of coastal watersheds. Work on the York River VA and the Parker River MA (part of the Plum Island LTER site), both demonstrated that these two East Coast estuaries are significant net sources of both inorganic and organic carbon. Furthermore, by using 14C and 13C measurements of dissolved inorganic carbon (DIC), DOC and POC the ages and sources of the internally added carbon were determined. Future work at the Plum Island LTER will continue to research how internal processes modulate the composition and age carbon transported to the coastal ocean. Over the last 3 years I have heavily leveraged USGS data to research how climate and land use change alter the export of carbon from US watersheds. Recent work includes determining how agricultural liming effects stream chemistry and pursuing empirical relationships between carbon export and climate. This work led directly to a CAREER grant through NSF. Finally, my laboratory is interested in the air-sea exchange of CO2 in rivers and estuaries. This exchange is controlled, in part, by the physics of water movement and mixing in the top millimeter of a river or estuary. Over the past five years, I have been collaborating with researchers at Lamont Doherty, in order to develop methods to accurately measure the air-sea gas exchange of CO2 in rivers and estuaries. Recently this work was provided support by the NSF. The goal is to use these methods to study the relative importance of and interaction between winds and tides on mixing the water surface and controlling air-sea gas exchange. This work will be an important step towards allowing researchers to close the carbon budget in rivers, estuaries and the coastal ocean world-wide.