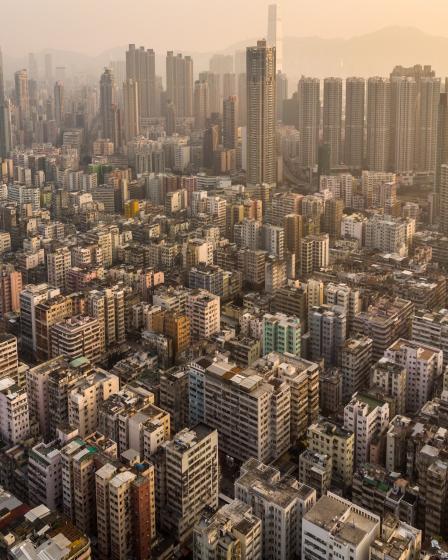 What is Driving Urban Land Expansion?

Considerable research has been conducted on the growth of urban population, but very little is known about why urban land areas expand. In a recent paper, a YSE-led research team investigated how population and economic growth in 300 cities affects urban land expansion.

Global urban populations are rapidly rising and will continue to rise in the coming decades — 2.5 billion more people in the next 30 years, by most estimates. This expected influx of people is creating an urgency to understand how this shift may affect the expansion of urban land areas.

A team of researchers led by the Yale School of the Environment has conducted a large-scale study that tests the importance of urban population and gross domestic product in affecting urban land expansion for different regions, economic development levels, and governance types for more than 300 cities around the world over a 45-year period. Published in Urban Sustainability, the findings show population growth was consistently the dominant determinant of urban land expansion from 1970 to 2014, but that the relative contribution of GDP growth on urban land expansion has increased after 2000.

PhD student Richa Mahtta, the lead author of the study, says differences are typically found when looking at the developmental stages of the countries. For example, in countries with a strong, established governance, economic growth has a greater effect on urban land expansion than population growth. In developing countries, however, population growth is more strongly correlated to urban land expansion.

“Studies that have tried to understand drivers of urban land expansion have usually focused on one city or one specific region,” says Mahtta. That methodology, she explains, leads to more targeted conclusions, like the effects of location or infrastructure, whereas this larger-scale study resulted in more generalized findings.

Mahtta says the findings of this study are particularly relevant for low- and lower-middle income countries, where urban population is expected to rise the most in the coming decades. If population growth alone results in urban land expansion, it is likely to result in the loss of more forests and agricultural lands, inefficient use of natural resources, and increased greenhouse gas emissions.

“These countries will have to consider strengthening their institutions of governance and economic growth at the same time,” says Mahtta, who adds that upper-middle- and high-income countries that are urbanizing may need to rebuild and renovate existing structures, as well as expand upward instead of outward. (Mahtta was the lead author of a 2019 study about the importance of building upward.)

Mahtta was joined on the study by coauthors from multiple institutions, as well as YSE PhD student Meredith Reba and Karen Seto, Frederick C. Hixon Professor of Geography and Urbanization Science at YSE.

“This study is significant for helping us understand why urban areas expand. The importance of strong governance as a precondition was surprising and unexpected,” said Seto.

Seto is the coordinating lead author of the urban mitigation chapter of the upcoming Intergovernmental Panel on Climate Change (IPCC) report, which will address the most up-to-date physical understanding of the global climate system and climate change. The report is scheduled to published in April 2022.