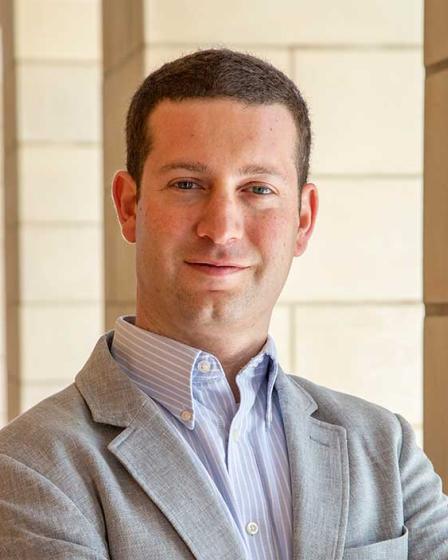 Eli Fenichel Named to Office of Science and Technology Policy

Eli Fenichel, the Knobloch Family Professor of Natural Resource Economics at the Yale School of the Environment, has joined the White House Office of Science and Technology Policy and will serve as assistant director for natural resource economics and accounting.

Fenichel, who will be on leave from YSE beginning June 16 for the duration of the appointment, is an expert on natural capital, focusing his research on the interactions between ecological and human systems to develop economic theory related to environmental management. More specifically, his work focuses on how people can and do allocate natural resources and consider natural resource risks through time. This leads to his strong interest in feedbacks among humans, ecosystems, and the management of coupled ecological-economic processes.

“The concern over the world’s natural resources is growing and we need experts who understand the complexities involved to inform and develop effective policy,” says Indy Burke, Carl W. Knobloch, Jr. Dean. “We are delighted that Dr. Fenichel’s agile, interdisciplinary approach to analysis and problem-solving and his deep understanding of the role that natural capital plays in today’s economies has the opportunity to have such a far-reaching impact with this new role in the Biden administration.”
The Office of Science and Technology Policy is part of the President’s Executive Office, advising the President on the scientific, engineering, and technological aspects of the economy, national security, homeland security, health, foreign relations, and the environment. According to the White House, the OSTP “leads efforts across the federal government to develop and implement sound science and technology policies and budgets, and works with the private and philanthropic sectors, state, local, tribal, and territorial governments, the research and academic communities, and other nations toward this end.”

“The appointment of Dr. Eli Fenichel shows the commitment of the Office of Science and Technology Policy to using the best of science to inform environmental decision-making,” says Paul Anastas, Teresa and H. John Heinz III Professor in the Practice of Chemistry for the Environment at YSE, who served as an assistant director in the OSTP from 1999 to 2004. “Using big-data analytics to get insights into some of the greatest challenges of our time — resource utilization, energy, climate, and natural capital valuation — is exactly what is necessary to make progress on these important issues."

Fenichel joined YSE as an assistant professor in 2012. In April 2020, Fenichel was named Knobloch Family Professor of Natural Resource Economics, a position endowed in 2011 by the late Yale alumnus and conservationist Carl W. Knobloch, Jr. ’51 and his family. Fenichel’s work has been financially supported by grants from groups like the National Science Foundation, the National Institutes of Health, the U.S. Department of Agriculture, and the United Nations. He has contributed nearly 80 peer-reviewed articles to a wide array of journals focused on ecology, health, and natural capital and has been invited to deliver presentations throughout the United States, as well as in China, Canada, Sweden, Turkey, the United Kingdom, and the Netherlands, among other countries.
Published
Tags