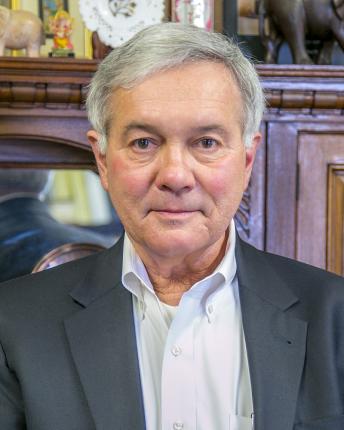 Professor Gregoire’s research is directed to the application and development of statistical methods for natural resources and environmental phenomena. One longstanding focus has been on probability sampling techniques and a second focus has been on statistical modeling of longitudinal and spatially correlated data. The results of his research have been published widely in the forestry, ecology, and statistical literature of both subject areas. His books include Sampling Methods for Multiresource Forest Inventory; Modeling Longitudinal and Spatially Correlated Data; and Sampling Strategies for Natural Resources and the Environment. His research has appeared in more than 150 articles in peer-reviewed scientific journals.

Past pursuits include the design and planning of the national forest inventory of Bhutan; the development of estimators of aboveground forest biomass following laser altimetry (LiDAR); and the nature of statistical inference. Professionally, he has been a leader in organizations that promote the use of biometrics and environmental statistics. He is an elected Fellow of the American Statistical Association, as well as the American Association for the Advancement of Science. He is a former regional president of the International Biometric Society; and the recipient of the Forest Science Award granted by the Society of American Foresters. He was section editor of the multivolume Encyclopedia of Environmetrics, and he has served as Associate Editor of a number of scientific journals including Biometrics, Environmental and Ecological Statistics, Environmetrics, Forest Science, and Silva Fennica. He has also served on the board of directors of The Energy and Resources Institute–North America, as well as the Academic Council of TERI University in New Delhi, India.

Professor Gregoire has travelled extensively throughout Western Europe and Asia, especially the Asian nations of Bhutan, Nepal, and India.

My research is focused on 1) the development of statistical methodology with particular application in biological and natural resource contexts, and 2) the investigation of the statistical properties of estimators and methods of statistical modeling. Very recently I have been considering issues relating fundamentally to the basis of statistical inference. Publication of my research is distributed widely throughout the forestry, ecology, and statistical literature, and for which I received the Forest Science Award from the Society of American Foresters, and have been elected a Fellow of the American Statistical Association. In the area of probability sampling, my work has resulted in the development and explication of Importance Sampling and related Monte Carlo methods to estimate characteristics of individual trees; line intersect sampling with transect of multiple segments; development of inventory procedures in forestry and ecology to avoid edge-effect bias; examination of multiple sources of statistical error when using airborne lasers for purposes of forest inventory; authorship of a textbook of Sampling Methods for Multi-resource Forest Inventory (Wiley, 1993). Currently I have contracted with Chapman Hall/CRC to write and publish a textbook entitled Sampling Techniques for Natural and Environmental Resources. In the area of statistical modeling, I have had an abiding concern with fitting models to correlated data in a manner that explicitly accounts for the correlation structure. One product of this pursuit was my organization of a international conference in 1996 which resulted in the publication of Modelling Longitudinal and Spatially Correlated Data (Springer-Verlag, 1997). Other products includes numerous publications with colleagues in which we propose statistical models for forest plots and trees that have been measured repeatedly over time or space. Brief overviews of selected research topics follow.