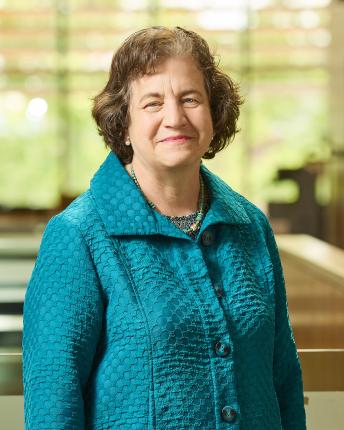 Dr. Marian Chertow is Professor of Industrial Environmental Management and the Director of the Center for Industrial Ecology and at the Yale School of the Environment. She is also appointed at the Yale School of Management and the National University of Singapore. Her research and teaching focus on industrial ecology, business/environment issues, circular economy and waste management. Her research has championed the study of industrial symbiosis involving geographically based exchanges of materials, energy, water and wastes within networks of businesses globally. In 2019 she received the highest recognition of the International Society for Industrial Ecology, its Society Prize, for her “outstanding contributions to the field.”

Prior to Yale, Professor Chertow spent ten years in environmental business and state and local government including service as president of a bonding authority that built a billion dollars worth of waste infrastructure. She is a frequent international lecturer and became a Member of the Council of Canadian Academies (CCA) Expert Panel on Circular Economy in Canada in 2020. She also serves as an Advisor to the Center for Energy Efficiency and Sustainability at Trane Technologies, Inc, is on the Board of Terracycle US Inc, and the Steering Committee of the Alliance for Research in Corporate Sustainability.

Understanding the impact of industry on the environment and seeking forward-looking means of achieving sustainable industrial development constitute the core elements of the Industrial Environmental Management (IEM) program I lead at Yale. Industrial ecology, with its focus on the flows of material and energy through systems at different scales, provides the unique intellectual foundation for the IEM program, establishing its global leadership through research, education, and outreach. My overall work focuses on four areas: industrial ecology/industrial symbiosis, corporate environmental management and strategy, waste management, and environmental technology policy and innovation. My industrial ecology research has established industrial symbiosis as a distinctive area of inquiry concerning the cooperative management of resource flows among industrial actors at the inter-firm and regional scales. Over the last several years my most intensive research has 1) continued to develop and test new theories about industrial symbiosis; 2) created a new focus on investigating how industrial ecology can contribute to sustainability issues in resource-constrained emerging economies; and 3) employed industrial ecology’s metabolism approach to explain transformations within human and natural systems in Hawaii and through urban metabolism studies in Singapore. These topics are described here, including the linkages from current to future research. Because my appointment is to an academic professorship that focuses on management, this implies interdisciplinary inquiry, attacking problems using a range of disciplinary theories and methods as discussed below.

INDUSTRIAL SYMBIOSIS
Most of my industrial ecology work has centered on nurturing and growing a coherent research program around the concept of “industrial symbiosis” as a collaborative means of reducing environmental impact. As with its biological counterpart, industrial symbiosis concerns mutually beneficial exchange of materials, energy, and information across unrelated units, in this case, firms in relative geographic proximity.  My early research was concerned with describing and categorizing industrial symbiosis when it was first being observed in the 1990s to frame the discussion.  Since then, I have led pioneering investigations concerning what factors motivate industrial symbiosis, under what circumstances it emerges, how ubiquitous and resilient the resulting industrial ecosystems are, their significance in economic and environmental terms, and the depth of the ecological analogy.

Institutionally, I founded the Industrial Symbiosis Research Symposium to bring together international colleagues to build the body of scholarship in this area. The Symposium was convened and hosted first at Yale (2004), then in Stockholm (2005), Birmingham, UK (2006), Toronto (2007), Devens, Massachusetts (2008), Kalundborg, Denmark (2009) and is planned for Kawasaki, Japan (November 2010). The symposia provide a unique opportunity for international exchange and debate over research trends and priorities, as well as inspiration to the rapidly growing next generation of IS researchers. These meetings have catalyzed academic books and peer reviewed articles creating knowledge that is also usable for professional practice in this area. Over the last six years, national programs implementing industrial symbiosis have arisen in the U.K., Korea, and China. Most recently, an ambitious European Union-wide program was launched to bring three million industrial companies to industrial symbiosis partnerships using my definition of the term. In 2009, the industrial symbiosis chapter was launched within the International Society for Industrial Ecology and in 2010 the world’s first doctoral program in industrial symbiosis, to which I am an advisor, began in Sweden.

Working with colleagues and students in multi-year, grant-funded projects in Puerto Rico, Hawaii, India and China, I have applied a variety of quantitative and qualitative methods from various disciplines to investigate whether and how industrial ecosystems self-organize, develop, function, and adapt.  These efforts include:

I am keen to maintain my leadership role by exploring new insights in industrial symbiosis through engagement with other scholars and fields. Over the next several years my research group will continue to:

INDUSTRIAL ECOLOGY IN EMERGING ECONOMIES
Since 2007, the Yale Program on Industrial Ecology in Developing Countries has been working with international colleagues to adapt industrial ecology theory and practice to the realities faced in developing countries related to the intertwined problems of energy access, water quality and quantity, waste management, and global warming.  An initial paper introduced these concepts broadly, and then for Asian countries, via the Asian Development Bank (Chertow 2007, 2008). Key research efforts focused on China and India include:

INDUSTRIAL AND URBAN METABOLISM
In industrial ecology terms, metabolism involves the transformation of inputs such as raw materials, fuel and water into outputs such as the built environment, human biomass, and waste.  My research in this area encompasses urban and island settings with material and energy analyses in Puerto Rico (2001-2008), Hawaii since 2006 (Johnson and Chertow 2009, Eckelman and Chertow 2009) and Singapore since 2009.  The urban metabolism studies that my students and I are pursuing measure comparable flows through cities and help to determine the magnitude and pace of resource use and exploitation, as well as the changes and threats to water and energy systems in order to open the possibility of improving the efficiency and effectiveness of resource management in urban systems. Specific research efforts are:

My teaching focuses on two topics within industrial environmental management: 1) business and environment and 2) industrial ecology. I teach at the graduate school level at Yale YSE and the National University of Singapore and also in various executive training programs.

Affliations
Links
On This Page