A recent study published in Nature Sustainability, co-authored by postdoctoral associate Stijn van Ewijk, finds that the full benefits of paper recycling can only be realized if the process is powered by renewable energy. 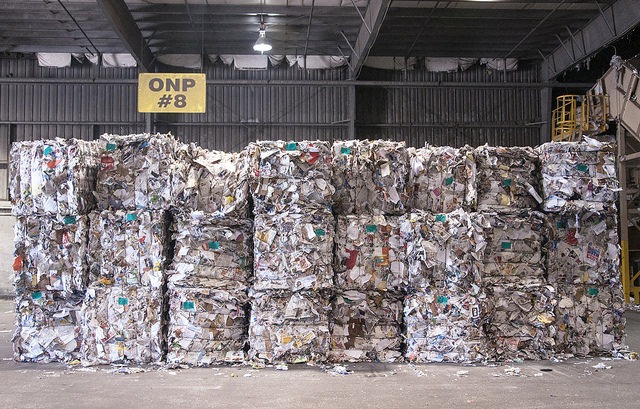 Waste recycling is a critical part of a circular economy — an economic development strategy designed to benefit business, society and the environment. But while the environmental benefits of recycling might seem obvious, a new study contends that recycling of certain materials can’t reach its full potential without some major changes.

In a recent study published in Nature Sustainability, researchers from Yale School of the Environment and University College London (UCL) modelled various scenarios for increasing recycling of wastepaper by 2050 and the impact this would have on greenhouse emissions. They found that if all wastepaper was recycled, greenhouse gas emissions could increase by 10 percent, as recycling paper tends to rely more on fossil fuels than making new paper.

Emissions would be radically reduced, however, if paper recycling were carried out using renewable energy sources rather than fossil fuels.

“We were surprised to see recycling paper wasn’t reducing emissions,” said Stijn van Ewijk, a postdoctoral associate at the Center for Industrial Ecology at Yale. “But it makes sense: recycling requires less energy than making new paper, but it is often powered by fossil fuels and high-carbon electricity from the grid. In contrast, the production of new paper is powered by a low-carbon by-product of pulping trees.”

According to van Ewijk, paper generates about 1.3 percent of global greenhouse gas emissions, with about a third of those emissions stemming from disposal of paper in landfills. Researchers said that in coming years, use of paper would likely rise, with the move away from plastics leading to increased demand for paper packaging.

“Recycling alone isn’t going to help us reach our climate goals; we need renewable energy,” says van Ewijk. He also explained that although recycling can save trees — critical to offsetting carbon emissions — “at a global scale, the extent of this is unknown” due to a lack of understanding of the global forest carbon stock and varied causes of deforestation.

The paper was co-authored by UCL researchers Julia A. Stegemann and Paul Ekins.