The CPD supports current students and alumni in preparing for and developing impactful sustainability- and environment-related leadership roles in scientific, academic, and management careers across a broad spectrum of sectors and fields.

In keeping with the commitment of the Yale School of the Environment, the Office of Career and Professional Development is committed to creating an inclusive environment for all students. This includes providing equal access to all career opportunities, programming, and resources  as well as striving to enhance and improve current resources, recruiting opportunities, and programming to align with the career development needs of all students. We are committed to continued staff development on active antiracism and to incorporating antiracism and inclusion into our operations.

Kathy has over twenty years of experience mentoring, advising, and developing career-related programs for graduate students at Yale University. She is an expert networker/connector deeply familiar with career interests and career paths of students and alumni at YSE and The Forest School at YSE. Kathy holds an  M.F.A. in Creative Writing, an M.F.A. in Museum Studies, a B.A. in Studio Art, and is a practicing poet.

Kevin leads a team of dedicated professionals and student workers responsible for: helping current graduate students and alumni advance in their chosen careers; increasing the involvement of employers in the life of YSE; and managing YSE’s Professional Skills Program. Before coming to YSE in August of 2019, Kevin had a long career in environmental consulting, workforce development, and executive management in the public, private and nonprofit sectors.  His previous professional work includes:

He is the co-author of four popular reference books on environmental careers from Island Press in Washington, DC. Kevin has a BA in Geography and Environmental Planning from the University of Iowa, which honored him as one of six inductees to the inaugural class of Alumni Fellows. 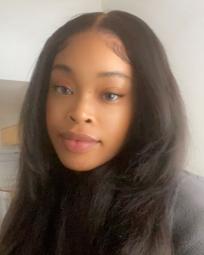 Prior to joining YSE, N’Kiyah was a Senior Administrative Assistant at the Yale Cancer Center where she was responsible for supporting Care Center physicians in New Haven and surrounding areas of Connecticut. N’Kiyah graduated from the University of Connecticut in 2020 with a Bachelor's in Political Science. While attending the University of Connecticut, she had the opportunity to serve as an administrative assistant in various departments. During summer breaks, she was a research intern at the Yale Law Library and Medical Library through the New Haven Promise Program. N’Kiyah is interested in a career in public administration. During her free time, her seven-year-old sister and French bulldog, Pops, keep her very busy. N’Kiyah is a New Haven resident and always seeking new opportunities to get involved in community environmental initiatives. She’s been a pescatarian for nine years but is still a major foodie and loves trying new restaurants! 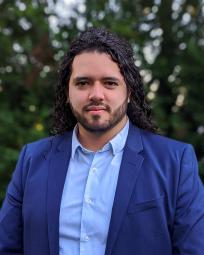 Daniel is a first year MEM student interested in corporate sustainability, climate risk, and climate tech. Before YSE, Daniel spent a couple of years working on developing ArcGIS Pro, a GIS software from Esri. He has also worked with non-profits, such as the World Resources Institute, and local government. More than anything, he’s joining the CPD team to help fellow YSE students achieve their career goals!

More in This Section