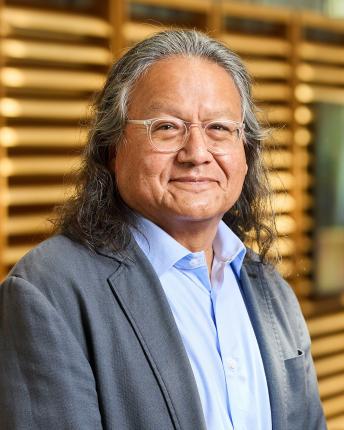 My graduate work focused on the emerging field of environmental law. Through my work in rural Mississippi I learned about the impact of sharecropping and conventional agricultural production. At the time, there was no legal academic work on agricultural law or policy. Because my specialized legal training was in environmental law and because of the enormous quantity of resources committed to the agricultural industry, the connection seemed plain and ripe for inquiry. I believe I offered the first courses in Agricultural Law and The Environmental Regulation of Agriculture in the nation and published the first pieces on agriculture in an American law review. (e.g. Agricultural Lands and §404 Wetland Protection (1986); Theoretical Problems with the Environmental Regulation of Agriculture (1989)).

A parallel research interest was the impact of race on not just the structures of opportunity but on the culture and the legal rules and institutions that reflected that culture. An early proponent of “critical race theory”, I asked fundamental questions about the nature of the legal response to the problems that race posed in our society and culture. (See, e.g. Critical Race Theory: The Decline of the Universalist Ideal and the Hope of Plural Justice (1991); The Evolution of American Culture: The Problematic Place of Race and the Right to Have Rights (1991)). Legal doctrine that took as its cardinal expression the dismantling of the Jim Crow institutions of the south was ill-equipped to explain or propose remedies for the ways in which racial disadvantage was ramified throughout society or the ways it could affect groups other than African Americans. My work was principally concerned with researching the legal, social, and political work of racial categories, asking what can legal theory tell us about the problems associated with the use of those categories. (E.g. The Miner’s Canary: Enlisting Race, Resisting Power, Transforming Democracy (2002).)

I linked these two interests, questioning the impact of race on environmental policy. Out of this came my work on environmental justice. My early work focused on the regulatory blindness that resulted in racially or ethnically marginalized communities bearing a disproportionate share of the environmental burden produced by our industrial society. (See, e.g. Environmental Burdens and Democratic Justice (1994)). To address this complex problem, I focused on ways to improve governmental decision making. The theory is that remedying existing disadvantage can be started by making consideration of the racial and class-based impact of environmental decisionmaking part of the ordinary business of the administrative state. (See, e.g. Changing the Way Government Views Environmental Justice (1994).)

My current work reflects the foundations laid in my early work with one major addition: I began to research the legal position of tribes. They are outside the structure of the categories that dominate work on race, and they present unique legal and political questions that have impacts on legal theory and on the law of resource use. I am careful to resist the application of racial categories to tribes’ unique legal position and not to confuse Indianess with indigeneity. The confusion of these categories is present among much of the existing research and is reflected in legal doctrine, including some of that produced by the Supreme Court. I am actively involved in the American Law Institute Restatement project because I believe it is here, more than in conventional legal academic publications, that the most important impact can be made. For example, I am charged with synthesizing the disparate conceptions of the federal trust doctrine as it relates to tribes and tribal resources.

My environmental work has turned to conflicts over resource management between tribes, states, and the federal government. I am in the final stages of producing an article on co-management agreements between tribes, states, and the federal government over the conservation, use, and distribution of natural resources. Accounting for tribal differences, I will present a taxonomy of the various agreements and propose techniques for efficiently resolving disputes. I am particularly concerned with the economic waste associated with extended litigation over these issues and have concluded that a better dispute and cooperation process must be devised.

My work in critical race theory is different from most scholars who have adopted that label. I am concerned with how groups mobilize to produce durable legal change and the cultural change that underwrites its durability. My research on social movements has led me to the sociological and political science literature, which is conflicting but quite well developed. There is remarkably little legal research on this aspect of social movements. I am currently working on a book on “Social Movements and Law Making”. (I have a contract pending with Cambridge.) This work will lay out my general theory of informal sources and processes of law creation and its link to democratic theory. (For example, the movements around climate change rest heavily on ideas developed in my environment and social movement work. See, e.g. Translating Climate Change (2015) and The Public Trust: The Law’s DNA (2014)). I anticipate that this new work will be widely read, and its ideas (previewed in law review publications) have already been adopted by legal theorists in Latin America, Canada, and New Zealand who are engaged in environmental as well as indigenous work.

I have been a major contributor to the debate over climate change in the legal literature, (See the references above, but perhaps the most important has been my essay Who Owns the Sky (2001)), which, like my work on social movements, has had an international impact. Despite local differences, the fundamental arguments hinge on how the obligations of the state are understood.

With a major grant, I have renewed my research into food systems. The rapid integration of the food system into a global regime as well as the advent of modern bio-engineering technologies have raised a host of questions I intend to explore, and which will require inter-disciplinary cooperation. I am currently working with people in Sweden and Ethiopia and intend to expand those connections.