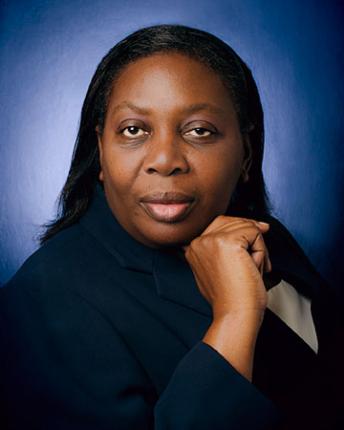 Dr. Dorceta Taylor is a professor at the Yale School for the Environment.  Prior to that she was a professor of environmental sociology at the University of Michigan’s School for Environment and Sustainability (SEAS) for 27 years.  She was the James E. Crowfoot Collegiate Chair and the Director of Diversity, Equity, and Inclusion at SEAS.   She also helds a joint appointment with the Program in the Environment. Dr. Taylor is the former Field of Studies Coordinator for SEAS’ Environmental Justice Program and a past Chair of the American Sociological Association’s Environment and Technology Section.  Professor Taylor received PhD and master’s degrees from the School of Forestry & Environmental Studies (now the Yale School of the Environment) and the Department of Sociology at Yale University in 1991, 1988, and 1985.

In 2014 Dr. Taylor authored a landmark national report, The State of Diversity in Environmental Institutions: Mainstream NGOs, Foundations, and Government Agencies.  She authored a second diversity report in 2014 entitled, Environmental Organizations in the Great Lakes Region: An Assessment of Institutional Diversity.

Dr. Taylor has published influential books also.  Her most recent book, The Rise of the American Conservation Movement:  Power, Privilege, and Environmental Protection, was published in 2016 during the 100th-year anniversary of the founding of the national park service.  The book examines how conservation ideas and politics are tied to social dynamics such as racism, classism, and gender discrimination.  Revelations made in the book about the ideologies of John Muir, the slave-owning past of John James Audubon and the eugenicist history of the Save the Redwoods League and the National Park Service have led to the Sierra Club, the National Audubon Society, and the Save the Redwoods League acknowledging the problematic discourses and actions of their founders. A recent congressional hearing on the lack of diversity in the Department of the Interior also acknowledged the significance of this work as well as other institutional diversity research.

Taylor’s 2014 book, Toxic Communities: Environmental Racism, Industrial Pollution, and Residential Mobility (New York University Press), examines the racial and socio-economic dimensions of exposure to environmental hazards in the U.S. She is also the author of The Environment and the People in American Cities: 1600s-1900s. Disorder, Inequality, and Social Change (Duke University Press). The book examines the history of environmental inequality and urban environmental activism.  It received the Allan Schnaiberg Outstanding Publication Award given by the Environment and Technology Section of the American Sociological Association in 2010.

Dr. Taylor was honored by the Smithsonian Institution in 2019.  She is the recipient of several awards including the National Audubon Society Women in Conservation Award, the National Science Foundation Presidential Award for Excellence in Science, Mathematics, and Engineering Mentoring, the Burton V. Barnes Award for Academic Excellence from the Michigan Chapter of the Sierra Club, the Charles Horton Cooley Award for Distinguished Scholarship from the Michigan Sociological Association, and the Frederick B. Buttel Distinguished Contribution Award from the Environment and Technology Section of the American Sociological Association.

Affliations
On This Page