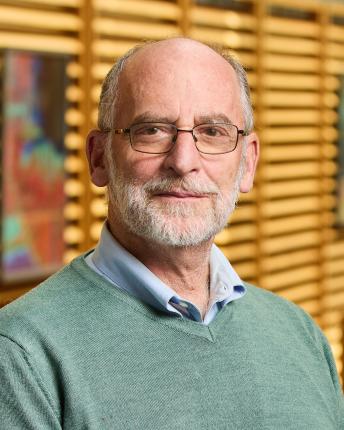 Professor Mendelsohn has written over one hundred peer-reviewed articles and edited six books. The focus of his research has been the valuation of the environment. He has developed methods to value natural ecosystems including coral reefs, old-growth forests, non-timber forest products, ecotourism, and outdoor recreation. With colleagues, he has also developed methods to value pollution including emissions of criteria pollutants (such as particulates and sulfur dioxide) and hazardous waste sites. His most recent work values the impacts of greenhouse gases, including the effects of climate change on agriculture, forests, water resources, energy, and coasts. This research carefully integrates adaptation into impact assessment and has recently been extended to developing countries around the world. He has also been involved in studies of nonrenewable resources, forest management, and specifically carbon sequestration in forests.

Professor Mendelsohn is a fellow of Ezra Stiles College.

My area of interest is resource economics, with special emphasis on valuing the environment. Over the last decade, I have been involved in measuring the impacts from climate change. Together with William Nordhaus and Daigee Shaw, we have invented the Ricardian technique, a cross-sectional analysis that reveals the climate sensitivity of agriculture. This method has been applied to the United States, Africa, Latin America, and other countries around the world. With Brent Sohngen, an ecological model of forests was combined with a dynamic economic model of the economy to predict a path of timber effects from climate change. With Wendy Morrison and Erin Mansur, cross-sectional information from households and firms was used to measure the impacts of climate change on energy. With James Neumann, I led a consortium of leading impact researchers on a complete study of the effect of climate change on the United States economy. With Joel Smith, I led another consortium to study the effects of climate change in California. With Ariel Dinar, Niggol Seo, Pradeep Kurukulasuriya, and a host of country collaborators in Africa and Latin America, we have completed a series of studies of the impact of climate change on agriculture in those two continents. The results of this research suggest that climate change will hit low latitude countries especially hard. It appears that these countries will bear the brunt of climate change impacts. We have also used these models to understand the dynamics of climate change impacts. The net harmful effects of climate change will only become evident in the second half of this century.

I also remain engaged in valuing the conservation of ecosystems and especially temperate and tropical forests. Together with Brent Sohngen and Roger Sedjo, a global timber model has been completed that monitors timber supply over time. This model predicts what forests the timber market will need for supply and what forests can be left as "economic wilderness". The model is also capable of analyzing the impacts of setting aside vast tracts of land on the forest fringe around the world. In addition to this modeling work, I am engaged in empirical studies with biologists and students that measure the value of leaving many forests intact for recreation, wildlife, and nontimber forest products. For example, with Chuck Peters and Al Gentry, we did the first study to measure the value of nontimber forest products in the Amazon. With Gardner Brown, we invented the hedonic travel cost method that measures the values of site characteristics such as old growth and fish populations.

The third thrust of my research has focused on studying the impacts of air pollution. An integrated assessment model was used to make some of the first measurements of the damages of air pollution from stationary sources.

Working with Nicholas Muller, this model has been recently been extended to cover all air pollution sources in the United States. The research identifies which sources are causing the greatest damages. By comparing costs and benefits, air pollution regulators can improve the efficiency of current policies by recognizing the importance of location and matching marginal costs to marginal damages. New regulations can be designed to be far more efficient at reducing damages compared to current approaches including cap and trade. Along with William Nordhaus, the model has also been used to construct a green acount that measure the role each industry plays in generating air pollution damages and compares these damages to their net value added.

I remain interested in teaching students how to think like economists. That is to weigh the costs and benefits of managing the environment and to understand all the implications of programs and regulations. This main thrust has led to teaching courses on the economics of natural resources and the economics of pollution at the undergraduate, Master’s, and PhD levels. In addition, I have taught a courses on environment valuation that explains how to measure society’s preferences for environmental and generally non-market services such as air pollution, recreation sites, or old growth forests.