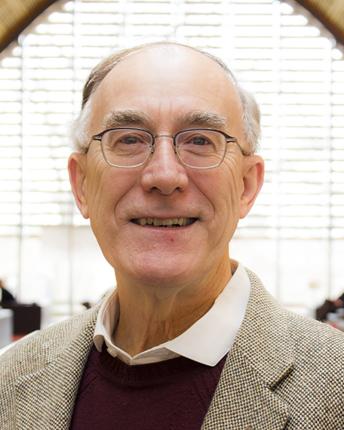 John Grim is a Senior Lecturer and Research Scholar at Yale School of the Environment, Yale Divinity School, and Religious Studies Department.  He co-directs the Forum on Religion and Ecology at Yale. He has published, The Shaman: Patterns of Religious Healing Among the Ojibway Indians (Oklahoma, 1983) and Shamans and Preachers, Color Symbolism and Commercial EvangelismAmerican Indian Quarterly (Nebraska, 1992).  With Mary Evelyn Tucker, he edited the series, “World Religions and Ecology,” (Harvard, 1997-2000). In that series he edited Indigenous Traditions and Ecology: The Interbeing of Cosmology and Community (Harvard, 2001). With Mary Evelyn Tucker he edited Worldviews and Ecology (Orbis, 1994, 5th printing 2000), Religion and Ecology: Can the Climate Change? (Daedalus, 2001), The Christian Future and the Fate of Earth (Orbis Books, 2009), and Living Cosmology: Christian Responses to Journey of the Universe (Orbis Books, 2016).  They are Executive Producers of the Emmy-award winning film, Journey of the Universe broadcast on PBS (journeyoftheuniverse.org).  They published Ecology and Religion (Island Press, 2014), and with Willis Jenkins, they edited, Handbook of Religion and Ecology (Routledge, 2017). They published Thomas Berry: A Biography (Columbia, 2019). John is President of the American Teilhard Association (1987 to the present).