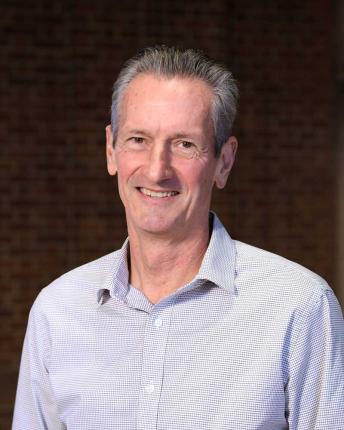 Grinstein Class of 1954 Professor of Environmental Chemistry, Co-Director of the Hixon Center for Urban Ecology

Professor Benoit’s research and teaching focus on the behavior, transport, and fate of chemicals in natural waters, soils, sediments, and biota. Two special areas of interest are nonpoint source pollutants and biogeochemistry of trace metals and radionuclides. Most of his research involves state-of-the-art analytical methods and carefully designed field sampling programs, with results verified by laboratory simulations or simple mathematical models. His research is conducted in a watershed context, and study sites include freshwater and terrestrial systems, as well as estuarine and coastal environments. Four current research emphases are the use of modern clean techniques to investigate trace metals; micronutrient limitation by Cu and Fe; spatial and temporal variability of nonpoint source pollution; and human-environment interactions in urban areas. He is a fellow of Trumbull College.

My research divides into two broad areas: (1) the environmental chemistry of trace metals, and (2) watershed based studies of water quality and its relation to land use and other human-environment interactions. (1) The trace metal research investigates the sources, distribution, speciation, transport, behavior, and fate of trace metals (Hg, Cu, Co, Pb) in aquatic environments. This work emphasizes field investigations in order to encompass and examine the full spectrum of environmentally-relevant processes that influence metal cycling at a range of temporal and spatial scales. All components of watersheds are investigated, from soils and rivers, to lakes and sediments, but the waters themselves are emphasized because this is where our understanding is currently weakest. As the ultimate recipient of metals exported from terrestrial watersheds, estuaries are included, but freshwater environments are stressed, as they have received much less attention in the past. Understanding metal behavior is important not only because of their biological significance (as possible toxicants or micronutrients), but also because they can serve to trace a range of environmentally important processes, thereby revealing information about how ecosystems function. I am especially interested in metal speciation (chemical form), its influence on bioavailability, and the possibility that metal scarcity can control planktonic population distributions and functioning. This work helps to close a serious knowledge gap, as contamination artifacts (caused by inadequate use of clean techniques) have compromised most of the past (pre-1990) data record on trace metals in fresh waters. (2) Watershed-based water quality studies have immediate applicability, and indeed, their goal often is to actually clean up streams. Contaminants of special concern include excess nutrients, eroded sediment, bacteria, and toxic metals, such as mercury. The challenge, increasingly, is to identify and reduce impacts from nonpoint sources, pollution caused by how we use land. Research in my group tackles this problem on three fronts. First, we conduct surveys of water quality with high resolution in space (location on a stream and its tributaries) and time (variations with season, time of day, and during storms). From this information we pinpoint critical events and pollution hotspots and design management strategies to control them. Second, we seek novel tracers to help identify sources of pollution. For example, we currently are investigating caffeine as a tracer of sewage contamination. Once perfected, this tool could be used to identify defective septic systems, leaking sewer lines, or illegal discharges. Finally, we work to design recommendations for developing land in a way that will cause the least environmental harm. My work in this area will be summarized in a book to be published in March 2007 by John Wiley Publishers.

As a teacher I believe strongly in fostering students’ curiosity and facilitating their own natural inclination for learning. I also favor a participatory approach to the teaching of science, so that students learn by direct involvement in research from the earliest possible opportunity. At Yale, graduate students at both the master’s and doctoral level have conducted research under my direction, and are encouraged to contribute creatively to all phases of investigations. I also work with undergraduates and even high school students, in some instances. Another important component of my teaching strategy is to use problem solving. Only by applying what they have learned in an unfamiliar context can students go beyond memorization to consolidate and crystallize loosely related facts into true comprehension. I strive to serve as a role model, revealing my passion for science in order to excite the students’ own enthusiasm. I find teaching at Yale especially rewarding. Being naturally bright and interested, the students enter readily into independent work, enjoy the challenges of problem solving, and respond well to enthusiastic teachers. Finally, for me as a professor, teaching is an opportunity to broaden my perspective and to stay current outside my immediate areas of expertise in fields where the exigencies of research would not otherwise allow me the luxury of study. Specific courses I teach every year include Biogeochemistry and Pollution, an introductory, graduate-level course on the natural chemical functioning of ecosystems and how natural processes and cycles are perturbed by human influences. A second key course is Aquatic Chemistry, an advanced course on chemical equilibria in aquatic environments. The emphasis is on developing the ability to predict the aqueous chemistry of natural and perturbed systems based on knowledge of their composition and physical condition. I also regularly teach a seminar to impart critical reading skills of scientific literature, with an emphasis on current topics in environmental chemistry. Periodically, I teach other courses, often with collaborators. Recent examples have included courses on sustainable land development, restorative redevelopment of brownfields, and the impacts of coastal development in the Caribbean.