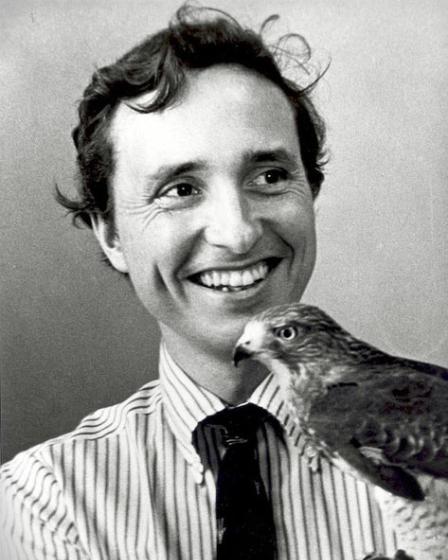 The YSE community is mourning the loss of renowned conservation biologist Thomas E. Lovejoy ’63 BA, ’71 PhD.  A senior fellow at the United Nations Foundation, Lovejoy’s decades-long field research on the Amazon, invention of “debt for nature” swaps, promotion of the term “biological diversity” and commitment to calling attention to extinction rates put him at the forefront of some of the most important issues facing humanity in the 20th and 21st centuries. Lovejoy, who created the public television series “Nature” called the world’s attention to the dire impacts of the fragmentation of forests and the need to preserve forests and wildlife and ecosystems that store carbon. Lovejoy studied biology at Yale and was an assistant at Yale’s Peabody Museum of Natural History, an advisory board member for the Yale Institute for Biospheric Studies, and a longtime member of the YSE Leadership Council.

He served as a chief biodiversity advisor for the environment for the World Bank, an assistant secretary at the Smithsonian Institute, and executive vice president of the World Wildlife Fund.  He died in December at his home in Virginia.

“Tom was an amazing role model. He was a scholar with real-world impact in not only advancing — even creating a field— but also working in complex diplomacy with governments to advance conservation and reduce deforestation,’’ said Dean Indy Burke. “He believed with all his heart that each of us could make a difference with our science and with our diplomatic and empathetic advocacy. He was an eternal optimist despite what he witnessed. I’ll always remember his elvish smile.”

Oastler Professor of Population and Community Ecology at YSE Os Schmitz said that while Lovejoy’s research findings were sobering, he was never discouraged.

“Tom Lovejoy was that rare breed of scientist that had multifaceted capabilities. He not only had the capacity for deep technical scientific thinking and analysis, but also the ability to step back and distill that technical knowledge in ways that helped solve environmental problems,” Schmitz said “He was a genuine and caring colleague, and an excellent mentor to young scientists aspiring to assume their own careers at the nexus of scientific research and application. He made our world a better place in which to live.’’

Below, Alexander Brash ’85 MFS, pays tribute to his lifelong friend and colleague.

I first met Thomas Lovejoy when I interviewed for a job with him in late 1980, having been introduced by another long-time NYC Linnaean Society member, Roger Pasquier. Like Tom I was a native New Yorker and had fallen in love with birds at Jamaica Bay and Central Park. We both chuckled on meeting as we realized we were wearing identical blue Brooks Brothers’ suits. First impressions count, and I was hired.

Tom transcended his ornithological interests to become one of the most noted conservationists of our times. He became interested in birds as a child, but when he went to Millbrook School in New York, near the Hudson River, his broader intellectual curiosity in the biotic world was sparked. After Millbrook, he went to Yale and worked at the Peabody Museum. He wandered off for a year to study birds along the Nile. After graduating in 1964, he stayed to continue his studies. He visited the Amazon to research avian migrants and fell in love with its magnificent flora and fauna. He then focused on the resident avian species and pioneered mist-netting in the Amazon’s forest canopy. He received his PhD from Yale in 1971 after delving into the mathematics of diversity. At Yale Tom also became quite close to Professor G. Evelyn Hutchinson who is widely regarded as the father of modern ecology. Hutchinson built on Charles Elton's idea of an ecological niche, further refining it as "a highly abstract multi-dimensional hyperspace” and was also one of the first proponents of the notion that an increase in carbon dioxide would lead to a global temperature increase.

Lovejoy, ‘Godfather’ of Biodiversity, Reflects On 50 Years in the Amazon

Over the past five decades Thomas Lovejoy has helped bring global attention to the Amazonian rainforest and the threats it faces, leading seminal research that has become the foundation of the field of conservation biology — even coining the term “biological diversity.”

After earning his PhD, Tom moved to Washington, D.C., to work in conservation. Throughout his career, Tom was a major proponent of three key issues that he brought to the world’s attention:  biological diversity, the dire consequences resulting from tropical deforestation, and climate change. He coined the term biological diversity, which he shortened to biodiversity.

He became vice president of science at the World Wildlife Fund – U.S., where he provided scientific reviews and recommendations on projects up for funding. Among many others, Tom ardently supported Russell Mittermeier’s work on primates and Anne LaBastille’s efforts to protect and restore the Lake Atitlan Grebe. While at WWF, Tom started his incredibly ambitious Minimum Critical Size of Ecosystems project, perhaps the largest study ever of forest fragmentation. He worked with the Brazilian government and local ranchers near Manaus to preserve forest plots of 1, 10, and 100 hectares which were isolated by surrounding grazing area. He simultaneously raised funds to bring a host of scientists and students to the region and helped train a generation of Brazilian biologists.

Tom wrote tirelessly and spoke frequently; through his career he edited 10 books and authored or co-authored 321 papers and was the consummate conservation host in D.C. Nearly every week, when he was not in Brazil or otherwise traveling, Tom would pull together splendid, but low-key dinners for visiting scientists at his home, called Drover’s Rest, in McLean, Virginia. E.O. Wilson, Paul Ehrlich, Jared Diamond, George Woodwell, Jane Lubchenco, and many others were his guests. Indeed, it was late one night in the early 1980s, when Tom’s attention to climate change was re-ignited. George Woodwell, founder of the Woodwell Climate Research Center (formerly known the Woods Hole Research Center) shared a graph of rising global atmospheric carbon levels. Recollecting Evelyn’s work, Tom soon began promoting an awareness of the ecological consequences.

Tom was a great admirer and close friend of Yale Professor and ornithologist Dillon Ripley, who later served as secretary of the Smithsonian Institute. After WWF, Tom served also worked there, serving as assistant secretary for the environment from 1987-1994. In 2002, he became president of the H. John Heinz Center for Science, Economics, and the Environment. In recent years he was a professor at George Mason University, lecturing on biodiversity.

Tom remained an inveterate Yalie all his life. He became closely involved with the Yale School of the Environment and later chaired Yale’s Institute for Biospheric Studies, known as the Biosphere 2. He frequently hired or engaged Yalies in his work.

Even amidst all his research, fundraising, and the tentacles of bureaucracy, he still managed with his trademark effervescent joy and great aplomb to bring influential and politically connected people to the Amazon to give voice to his issues, including Walter Cronkite, Tom Cruise, Ben Bradlee, and Al Gore. Tom ever danced on the edge of politics and science, even inventing the notion of nature-for-debt swaps in the 1980s, as a way for wealthy nations to fund nature preserves in developing countries — an idea that has been revisited in the form of carbon tax credits. Not surprisingly, over the years Tom received considerable accolades, including election to the American Academy of Arts & Sciences, American Philosophical Society, and the U.S. National Academy of Science.  He was also awarded USC’s Tyler Prize for Environmental Achievement and the Blue Planet Prize.

Tom spoke tirelessly about the issues important to him.  Always trying to reach a wider audience, he leveraged his charm. I will always think of him as Mother Nature’s elf on Earth; always smiling, self-deprecating, witty, welcoming, and immeasurably bright.

Ecosystem Management and Conservation in the News

Fanning Across the Globe in Search of Big Cats

YSE students are researching myriad ways these animals are impacting the landscape to fully understand their conservation value and the importance of their survival.

Four Yale School of the Environment faculty members have been included on Clarivate Analytics’ annual list of the world’s most influential researchers.