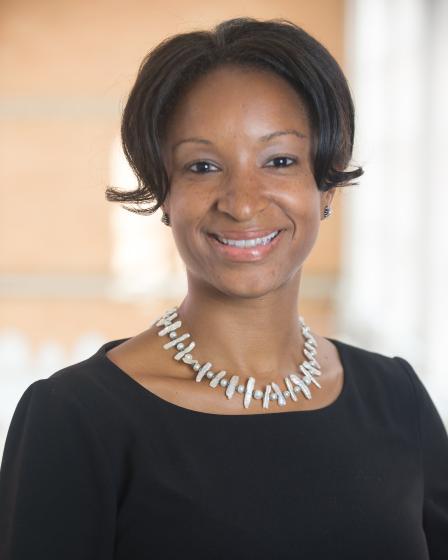 Brandi Colander ‘07 MEM was sitting at a table discussing climate change with Tom Fanning, the CEO of Southern Company, the second largest utility in the U.S. At the time, she worked for the Natural Resources Defense Council. Other environmental nonprofits were also represented at the table. The atmosphere was less than cordial. Discussion had hit something of a stalemate.

“And so, I listened, and at the end I was sort of like, ‘Tom, we don’t have to talk about climate, but I am interested in whether or not you think weather variability is impacting your bottom line,’” Colander says. “And then he just opened up.”

This search for common ground — an ability to hunt down mutual concerns and build towards substantive progress — is a trait that has served Colander well as she moved from NRDC to positions in the federal government where she helped to advance and approve the country’s first offshore wind lease.

Now, 15 years after graduating from the Yale School of the Environment with a career that has spanned the public, private, and nonprofit sectors, Colander is being recognized with YSE’s Distinguished Alumni Award. The award honors the achievements and ongoing efforts of YSE graduates who have made significant contributions to the field of conservation, environmental science, and management.

Colander first arrived at YSE thanks to an undergraduate class in which she was assigned to read a book by Daniel Esty, Hillhouse Professor of Environmental Law and Policy. “I remember reading his book and thinking, ‘Oh, this all makes sense,’” she recalls. “He was really one of the first folks who was a deep thinker on the intersection of policy, law, and the environment.” Intrigued, she researched both Esty and YSE and then applied.

Colander was part of the first cohort to complete a joint degree with YSE and Vermont Law School. She worked briefly in private practice after graduation, and then took a position at the NRDC, where, for four years, she focused on policies related to energy efficiency and renewable energy. She says this job, which was deep in the weeds of the utility industry, exposed her to the importance of nuance. She also learned the various sectors of influence within political systems, from negotiation to litigation.

In 2012, Colander was tapped by the Obama administration and appointed deputy general counsel at the White House Council on Environmental Quality where she dove headlong into a range of issues, from the development of offshore wind to the creation of national monuments. Binding all of this work was the National Environmental Policy Act, or NEPA, which requires federal agencies to conduct environmental impact statements. This requirement provides a powerful tool for policy makers to convene diverse groups and gather public input on federal projects. Colander also used her position at the council to advance the issue of environmental justice — work she began while at the NRDC.

“You’ll notice this as a constant thread in my work,” she says of her environmental justice focus. “There is a deficit of people of color in this space, and we can be better about making room and appreciating the expertise of different demographics and their experiences.”

When Colander was at the NRDC, Congresswoman Sheila Jackson Lee of Houston recruited her to work with the Congressional Black Caucus Energy Braintrust, which pulls together leaders to focus on prevailing energy issues. She continued this work during her tenure at the White House environmental quality council. When she took her second federal post as deputy assistant secretary at the Department of Interior, Colander kept up the momentum, though she was not officially affiliated with the group.

Across all of this work, Colander’s experience at YSE has remained a centering force. “It’s a special place for me,” she says.

Along with the strong educational foundation, YSE provided valuable opportunities beyond her coursework, she says. From MODS — a YSE orientation program — to other programs, she was regularly pushed outside of her comfort zone — in a good way. The community she built while a student remains part of her life today. It was ultimately “a privilege to be able to take time and pause in life and think and explore and write and learn and connect,” she says. “That was my experience at YSE.”

Colander has most recently been a leader in She Will Rise, an organization that, starting in 2020, spearheaded a campaign to get a Black woman appointed to the Supreme Court. (Spoiler: the group succeeded in its goal with the appointment of Justice Ketanji Brown Jackson.)

In all arenas, she admits, today’s politics are thornier than they were a decade ago, more tribal, but she has not given up on the work of building consensus and advocating for progress. If you’re unwilling to fight for change, she says, then you are not serious about the work.

At present, Colander serves as an advisor for both the private sector and younger mentees on issues of energy policy and sustainability. She is now also chair of the board of directors for the DC Green Bank and a board member of the Vermont Energy Investment Corporation.

She is grounded by an incredible support system and guided by a few principles on which she relies.

“For me, the litmus test has three parts: Do you feel like you have something you can contribute? Do you feel like there’s fertile ground to allow you to grow? And do you feel like you need a bigger pot? Those are the three questions that I’m constantly thinking through,” she says. “I value time more than anything. I believe this dash is quicker than we sometimes think it is, and I don't want to waste it.”