The Journal of Industrial Ecology (JIE) has introduced a new prize, the Graedel Prize, honoring the best papers by a junior and senior author published in the journal. The prize is named for Yale Professor Thomas E. Graedel in recognition of his vital contributions and pioneering work in the development of the field of industrial ecology.


The Journal of Industrial Ecology is a peer-reviewed, international scientific journal on industry and the environment owned by Yale University, headquartered at its School of Forestry & Environmental Studies (F&ES) and published by Wiley-Blackwell. 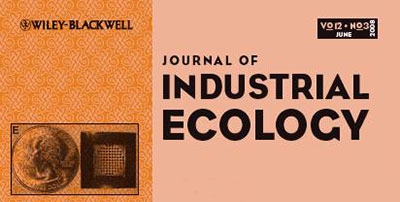 The winners of the inaugural Graedel Prizes will receive $750 and a free membership in the ISIE. Funding for the prize has been provided by the Raw Materials Group Stockholm, A-1 Recycling, GE, AT&T, and the Nickel Institute.

The paper by Hawkins and colleagues compared conventional vehicles and electrical vehicles (EVs). They compiled new data on the greenhouse gas emissions originating from the production of EVs and provided an especially transparent data set in a research field where key data are often proprietary. The authors found that the relative life cycle benefits of EVs are very sensitive to the carbon intensity of the electricity that is used. The paper generated a global debate over the carbon footprint of EVs and, during the month of its release, it was the most downloaded scientific article published by Wiley, the journal’s publisher.

The authors are affiliated with the Industrial Ecology Programme (IndEcol) at the Norwegian University of Science and Technology (NTNU) in Trondheim, Norway. Troy R. Hawkins, director of Life Cycle Assessment at Enviance in Cincinnati, Ohio, was a postdoctoral researcher with IndEcol when the paper was written. Other authors are Bhawna Singh, Guillaume Majeau-Bettez, and Anders H. Strømman.