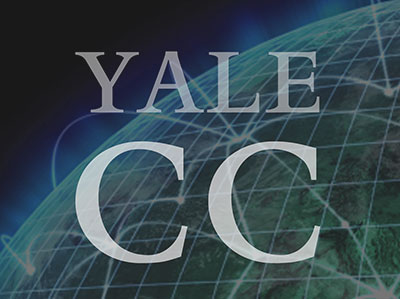 A new national radio program based at Yale University will share daily stories about how climate change is affecting life in North America and what individuals and groups are doing about it.

“Climate Connections” debuts today on more than three-dozen stations across the U.S. and Canada, and is produced by the Yale Project on Climate Change Communication (YPCCC).

The series of 90-second episodes is edited by Bud Ward, a veteran environmental journalist and editor of the Yale Climate Connections website (formerly the Yale Forum on Climate Change & the Media). The show is hosted by Anthony Leiserowitz, a research scientist at the Yale School of Forestry & Environmental Studies (F&ES) and Director of the YPCCC. The radio program and accompanying online articles are reported by a team of veteran freelance journalists.

“These stories will help listeners ‘connect the dots’ between climate change and energy, extreme weather, public health, food and water, jobs and the economy, national security, the creative arts, and religious and moral values, among other themes,” Leiserowitz said.

According to Ward, the radio series will give a voice to individuals, companies, governments, NGOs, and others dealing with the harmful effects of climate change — and those who are taking innovative and constructive action to address these climate challenges…and opportunities.

Early episodes include a report on how the Georgia Sierra Club and the Atlanta Tea Party worked together to promote rooftop solar in Georgia and a story about artists making the “invisible” effects of climate change more visible to the wider public.

“By focusing on ‘solutions’ we hope to help the public better understand that it’s not too late, that now is the time to take prudent steps to manage these risks and avoid the worst impacts, and to do so in the most cost-effective and equitable ways,” Ward said.

The program is available free of charge to any public, community, college, or alternative radio station. The shows are also available as downloadable podcasts on iTunes and at climateconnections.yale.edu.

The project is supported by the Grantham Foundation for Protection of the Environment and the Yale Project on Climate Change Communication, based at Yale F&ES. The series is produced and distributedby ChavoBart Digital Media of Ithaca, N.Y.
– Kevin Dennehy    kevin.dennehy@yale.edu    203 436-4842
Published
Tags