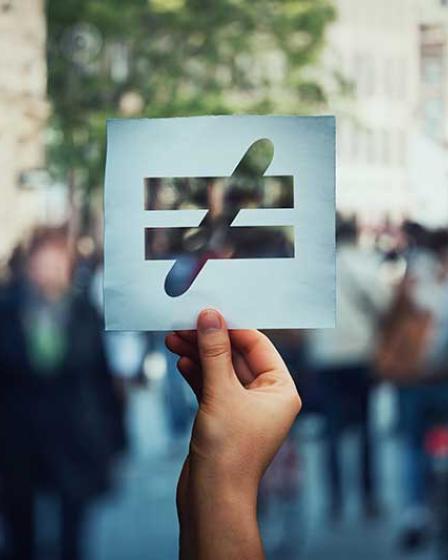 The COVID-19 pandemic has had a profound effect on higher education — shifting classes online, canceling events, and putting financial strain on institutions.

One area of academia that has actually shown positive increases, however, is the submission of research papers. A study conducted by Michelle Bell, Mary E. Pinchot Professor of Environmental Health at the Yale School of the Environment (YSE), and postdoctoral associate Kelvin C. Fong found the rate of manuscript submission to a major peer-reviewed journal (American Journal of Public Health) were higher during the pandemic — but also revealed a concerning imbalance in submissions by gender.

Using data provided from January 1, 2020 to May 12, 2020, the researchers found that increases were higher for submissions from men compared with women: 41.9 percent vs. 10.9 percent for corresponding author. In the United States, submissions increased 23.8 percent for men, but only 7.9 percent for women.

“This is an example of remaining inequities that exist broadly in academia,” Bell says. “While we would like to believe gender roles have changed, disparities remain. They are often just minimized.”
Bell says she believes much of the imbalance is due to women taking on household tasks while working from home during the pandemic, particularly childcare. She cited anecdotal evidence from colleagues and peers, as well as editors of scientific journals, but also leaned on her own experience during the pandemic. Bell, a mother of two school-aged children, said she noticed her “own productivity was plummeting” while working from home and conducted the study, in part, to see how women in public health research were being affected.

“The fact that I have tenure and yet still felt it made me concerned for what others were going through,” she says, adding that the disparity could have long-lasting effects on women becoming full-time faculty members, women leading research projects and, ultimately, women’s voices being adequately represented in critical conversations surrounding public health.

“Many researchers have shifted their research focus to COVID, yet only 25 percent of COVID-related articles have been authored by women,” she says. “The longer these disparities go on, they longer we’ll see inequity — with or without COVID.”

Bell, who has a secondary faculty appointment at the Yale School of Public Health, focuses her research on how human health is affected by environmental conditions, including air pollution, weather, and climate change, and also examines environmental justice. Her work, which is largely based in epidemiology, biostatistics, and environmental engineering, is designed to be policy relevant and contribute to decision making that better protects human health and benefits society.

Last year, Bell was elected to the National Academy of Medicine, one of the highest honors in the fields of health and medicine, recognizing individuals who have demonstrated outstanding professional achievement and commitment to service.
Published
Tags