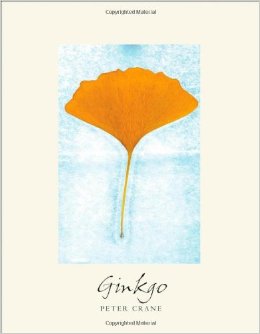 Dean Peter Crane’s 2013 book, Ginkgo: The Tree That Time Forgot, has been named a finalist for the prestigious Phi Beta Kappa Award in Science, the Phi Beta Kappa Society has announced.

The book is one of five finalists for the award, which honors outstanding contributions by scientists to the literature of science. The winner, which will be announced on Oct. 1, will receive a prize of $10,000.

Published by Yale University Press, Ginkgo tells the story of one of the planet's oldest tree species and a living link to the distant past. “This tree… and the lineage of which it’s part, has something to say about time,” Crane, who is also a professor of botany, said last year. “It helps calibrate the speed of change in our lives, and perhaps it asks us to think more deeply about everything we lose when the short view rules our world and everything in it.”
Published
Tags