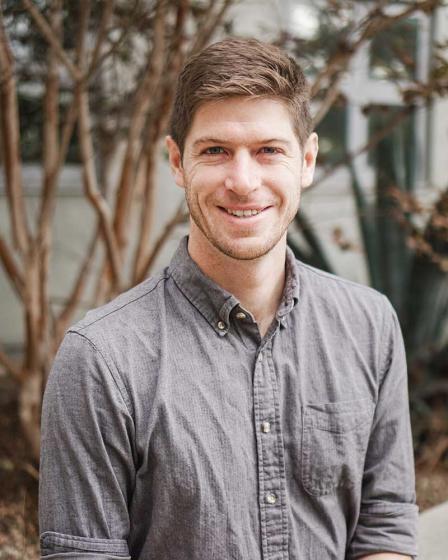 Luke Sanford, whose research examines environmental stewardship from a political science perspective, has been named assistant professor of environmental policy and governance at the Yale School of the Environment beginning July 1.

Sanford, a PhD candidate in the political science department and the School of Global Policy and Strategy at the University of California San Diego, has created methods for integrating data sources, such as satellite imagery, into causal inference frameworks in his study of environmental politics. His focus is on how citizens and politicians value the preservation or exploitation of natural resources and how those values are converted into policy.

“Professor Sanford’s skills in using empirical and statistical data and his focus on the intersection of forests, climate and politics will advance our scholarship in this emerging field. They align perfectly with our emphasis on utilizing environmental data science in all areas of focus,’’ says Indy Burke, Carl W. Knobloch, Jr. Dean. “We’re very pleased to welcome him to the YSE community.’’

His interest in the common space shared by environment and politics began, Sanford says, when he was studying at UCSD and honed his field of study to combine his chief areas of interest.

“Environmental politics is a pretty small area of political science. There are surprisingly few people who do research on this,’’ Sanford says. “My research spans those two areas and tries to figure out how value created by ecosystems affects people’s political decisions, and how political institutions change the way that we place value on ecosystems in the environment.”

Using advances in machine learning and computer vision Sanford extracts information on what is happening on the surface of Earth to analyze how elections effect deforestation and whether obtaining formal property rights change how owners use their land.

“I found that there is more deforestation in election years. And it's particularly pronounced by elections that are really close,’’ he says. “Now that we know that there's this overall effect, where does it come from? Where are the places that are most likely to be affected? And are there places that don't have this?”
Sanford is looking forward to working with faculty at The Forest School at YSE to study how people value forests and ecosystems, he says.

“I think there's a lot that can be done to further our understanding of deforestation. Do people connect politics to forest management? And when people engage with these forests, does that change, either explicitly or implicitly how people think about politics?’’ Sanford says.

One area Sanford will be researching further is the interplay between how countries elect politicians and the conservation or exploitation of forests and natural resources.

“Every electoral institution creates a different way that votes are counted and ends up empowering certain groups of people more than others,’’ he says. “And then you have to think about the preferences of the people who have extra political power. Do they benefit from trees getting cut down? Or do they benefit from preservation of natural forests?”

For his environmental policy classes at YSE, Sanford will set up simulations in which he will assign students the name of a real-life political leaders and environmental advocates who they will act as when negotiating climate and natural resource policy.

“There's no better way to let people experience how policy gets made then putting them in a situation where they're trying to negotiate,’’ he says. “They know what their incentives are, who their constituents are, and what type of policy they want to make. Then they have to go and hammer out some agreement.”

"Luke is a fantastic colleague — thoughtful, kind, meticulous, creative,’’ says Burney. “He brings a joy to his research and teaching that I know the Yale environment students, faculty, and staff will immediately appreciate. He uses a broad array of empirical and computational methods to understand environmental governance and has been known to make the most staunchly ‘anti-quantitative’ students fall in love with spatial statistics."
Published
Tags