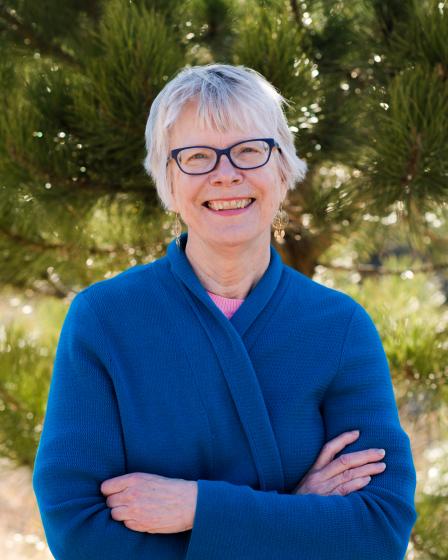 As a freshman at Yale College in the 1970s, Sharon Friedman ’77 MFS enrolled in a course called “Man and the Environment” — a blatant reminder of how the environmental field and the recently co-educational school were framed at that time.

The course taught basic knowledge in the fledging field of environmentalism and helped kickstart the idea of a career in forestry for Friedman. Although she would transfer from Yale to the University of California, Berkeley, after her first year, she vowed to return as a master’s student in time to enroll at the then-Yale School of Forestry & Environmental Studies and graduate with her friends. And the plan worked: Friedman returned to Yale, took courses in plants and forestry, conducted research at Greeley Lab, and got to work closely with distinguished former faculty members Tom Ledig, Graeme Berlyn and David Smith.

It was one of many times in her life and career that Friedman would defy expectations and challenge norms as a woman, a scientist, or in countless other roles she held along the way.

“It’s very powerful to know that you will never be like anybody else,” says Friedman, reflecting. “Because there were a number of fields in forest science and management — and usually few or no other women — I never felt pressure to be like anyone else.”

In recognition of her career and commitment to the School, Friedman received the Distinguished Alumni Award from the Yale School of the Environment at Reunion Weekend 2022. “It feels amazing to be honored because I feel I’m so different from many graduates. They all seem more accomplished and I feel a bit like I was a cog in the U.S. government public service machine,” says Friedman. “But cogs are important, too.”

Friedman’s career began on the West Coast in 1979 in the field of genetics, working with the National Forests in south-central Oregon on reforestation efforts that involved seed collection and seed orchards. She would then establish the National Forest Genetics Lab in Placerville, California, a hub of genetic testing and resource sharing for land managers that still operates today under the umbrella of the U.S. Forest Service.

After her husband’s job necessitated a move to Washington, D.C., Friedman shifted gears into policy. She got a job as the forest research program director at the Cooperative State Research, Education, and Extension Service — now the National Institute of Food and Agriculture — then worked in research and development as the program leader for silviculture and genetics. For a year, she served on the staff of Florida Congresswoman Carrie Meek, coordinating with the White House Office of Science and Technology Policy as the leader of a task force reviewing regulations for releasing genetically engineered organisms into the environment. For a time, Friedman also served as the assistant director of NEPA’s Washington office.

A shift of career and place from the rural West to the bustle of Washington was a challenge, Friedman says, but a change she found “freeing.”

“There were more women around, so the ‘difference’ wasn’t an issue,” she says. “It was about who was willing to show up and just do the job.”

The next job Friedman took sent her back west, to Colorado, as the director of planning in the Rocky Mountain Region, a role that carried a broad range of responsibilities including NEPA, forest planning, and climate change. It was there, she says, that she found a comfortable niche: strategic planning.

“Planning is kind of at the bottom of the pecking order within the organization,” says Friedman, “but I liked it, because you’re navigating different landscapes and helping solve problems. Each day when you arrive, you never know what challenge you will be faced with.”

Now retired, Friedman remains active in the Society of American Foresters, which she has been a part of for nearly 50 years. She also oversees and contributes to The Smokey Wire, an online news and opinion blog about topics related to the USFS and public lands policy. Friedman says she is proud to still be active in forest-related issues and for creating a learning platform for numerous perspectives to be shared by practitioners, academics, and the public.