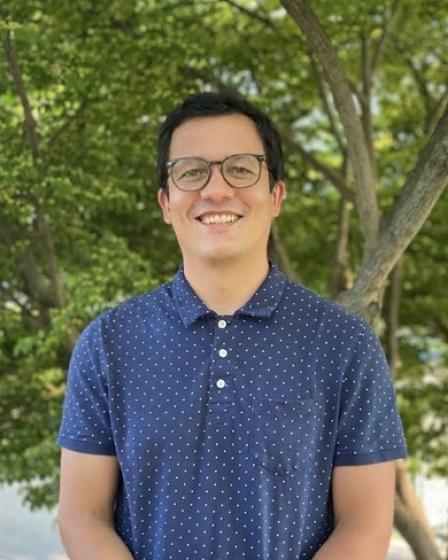 Andrés Fernández Álvarez has been named the new assistant dean for student affairs at the Yale School of the Environment (YSE) and will assume his new role on June 28.

Fernández comes to YSE from Brown University, where he has served as an associate dean in the Division of Campus Life and Student Services since 2016. Prior to Brown, Fernández served as assistant dean of studies at Oberlin College, assistant director of MBA admissions at Columbia University Business School, and advisor for global programs at New York University.

“I’m overjoyed and humbled to be able to connect with this community of students, who are so committed to each other and to the wider YSE community,” says Fernández. “I can sense the profound sensitivity the students have to do good, and I feel I can really connect with that.”

Fernández immigrated to the United States from Venezuela at 13, going on to attend the University of Illinois as an undergraduate and earning a master’s degree in international relations from Miami University of Ohio. After graduating, he served as program manager at the Forge Kala Refugee Camp in Zambia, then was a research assistant and translator to the ambassador for the Venezuelan Mission to the United Nations.

His diversity of experiences, both personal and professional, he says, afford him “a sensitivity and acumen to support a complicated role in a way that is genuine.”

“I think I can connect with students philosophically on the idea that we can all do a little good in the world,” Fernández says. “I believe there are parallels [in the work I’ve done and the goals of YSE students]. Finding solutions to challenging issues may require idealistic goals, but there are ways to achieve something tangible.”
Fernández also sees an opportunity to build upon the School’s DEI efforts, bringing lived experience as a person of color and an immigrant. “I’m passionate about it because I’ve lived it,” he says. “Diversity is a moving target; it’s daily, weekly work. It’s complicated, but I appreciate living in that complexity. It makes experiences more real.”

Dean Indy Burke says that while Fernández’s professional background was enormously impressive, so was his sense of community building.

“It was clear from the outset that Andrés shared so much common ground with our students — and that he had so much to offer them in terms of a diversity of perspective combined with his outstanding professional qualifications,” she says. “We are thrilled for our students and delighted to welcome him to YSE.”

In the past 18 months, the global pandemic has shined a new light on the importance of providing support services for students in higher education, both in how they learn and how they live, Fernández notes, adding that although the experience has been “depleting” in many ways, he hopes to find a renewed energy for social interaction that will help students get the most out of their time at YSE.

“I’m looking forward to engaging with the students and finding ways for them, individually, to replenish their emotional nutrients,” he says. “In speaking with students, I’ve felt the energy and the sense of community, and I sense a genuine passion for the students to reconnect with the community. There’s intensity, in a positive way, to feel unity again.”

Fernández is in the process of moving to the New Haven area with his wife, Isabella, and his three-year-old daughter, Rumi, whom he calls his “compass to being a better human.”

He plans to be on campus full-time in the coming academic year, both in his new role and “culturally contributing” to events at Yale and within the local community.

“I’m ready to bring new energy to the community after a difficult year.”
About this story
Tags