In a changing climate, land use planning for the urban billions

Large Chinese cities such as Beijing are already bursting at their seams. Imagine the daily commute for one of Beijing’s 21.7 million residents. Most people live in the outskirts of the city, where there is housing, but have to commute to the city center for jobs.  Although public transportation is available, average commutes still can be upwards of an hour and a half. And more people are driving too – rush hour traffic in the urban core increased by 50%, even though average travel distance is only about 6 miles.

Because of the way Beijing is expanding both vertically and horizontally, with increasing physical distances between housing and jobs, carbon pollution from transportation has also increased.  If measures aren’t implemented to reduce these emissions, China may not be able to meet their carbon pollution targets. 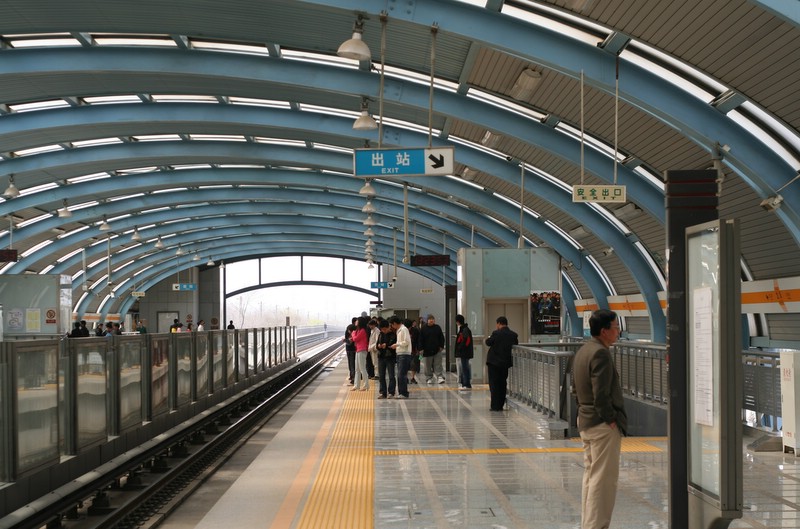 When discussing climate change mitigation strategies, the global conversation tends to focus on energy – the switch to renewables or increasing energy efficiency. Urban land use is an underrepresented part of the climate dialogue – how cities are designed and how people move within them – even though land use has long-term consequences for a city to mitigate and adapt to climate change.

The upcoming UN Habitat III Conference presents an opportunity to create a ‘New Urban Agenda’ policy that includes the climate consequences of land use planning.

Because land use decisions are relatively permanent, Beijing’s urban policies also have consequences for the city’s ability to adapt to a changing climate. According to the Intergovernmental Panel on Climate Change, Beijing residents will have reduced access to potable water, increased respiratory illness due to higher prevalence of dust storms, and increased incidence of heat stroke from heat waves.  The city has already planted rows of trees along the north rim of the city to halt desertification – will this be sufficient, especially if urban infrastructure expands beyond the existing greenbelts?

The Habitat III conference will focus on ways that cities can be built for the challenges of the 21st century. Chief among these challenges is climate change. Land use planning emerges as a potential bridge between the New Urban Agenda and last year’s Paris Agreement to reduce carbon pollution.

Land use planning is commonly developed across governance scales, and often has a good deal of local control. The leverage to use land use planning to mitigate carbon emissions and to employ best practices to reduce transport-related emissions rests with a suite of officials across different governance scales. This includes creating integrated public transportation systems, access to multimodal transportation options, and the co-location of housing and jobs to reduce commutes. Coordination among different levels of government, including local, state, and federal, to ensure that best practices are employed allows for effective land use planning.

The way that cities are built in the next 10-20 years will have long-term impacts for climate change. If cities and their leaders are given effective tools to do urban planning, understanding how it impacts climate mitigation and adaptation, cities can begin the transition to reduce urban carbon pollution. For urbanizing cities, particularly in developing countries, building infrastructure that will allow communities to be resilient to climate change represents a critical aspect of climate change planning.

However, the ‘Urban and Spatial Planning and Design’ issue paper developed in advance of Habitat III by the United Nations Task Team draws only limited connections between urban form and climate change. The transformation to dense, connected cities needs to be made more explicit in the issue papers and policy positions.

The New Urban Agenda can help frame the tradeoffs and opportunities to better plan urban land use in low carbon cities. It can identify best practices, successful case studies, and provide sustainable models to set cities on a low-carbon trajectory. It can demonstrate how to integrate climate adaptation and resilience into land use decisions. This type of foresight in urban land use planning, combined with climate projections, would help maximize the relevance of the New Urban Agenda and Habitat III to a rapidly changing world.

Beijing has built a world-class subway system and high speed train. The city’s approach integrates many different best practices into their regional planning and economic development. Even with the long commutes, Beijing is an example of new urbanization in the 21st century – and Habitat III should take note.